If you rub a glass rod with a Silk cloth you will find that after some time they start attracting each other. Now in earlier stage some people told that, there is some exchange of fluid taking place between those two material (glass and the silk cloth) and that exchange was actually creating the force of attraction or the repulsion (which depend upon the type of material used) between those two materials. 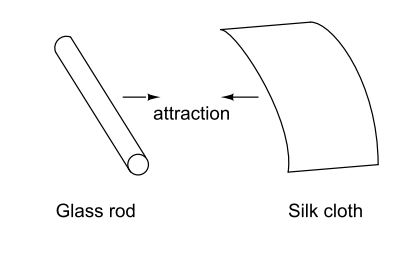 After sometime very clever Benjamin Franklin told that, “no, you guys are wrong. When you are rubbing these two material with each other you are actually  transferring the charge between those to material and that charge is causing the attraction between those two materials”. And those charged is nothing but our tiny little particles called Electrons.

Now we will get to the science of this.

We know that every material is made up of small building blocks called atom.  And this small atoms are made up of three different parts that is electron, proton and neutron, as shown in figure below.

If you could change the number of proton in the nucleus i.e if you could add or subtract the proton from the nucleus, you could also change the type of material, that means you can convert any metal into gold but of course technically this is not possible. Addition of neutron in the nucleus causes nothing because they don’t have any kind of charge. so what you have to remember here is, proton and neutron they are tightly bounded and they cannot be moved.

But the tiny little particle that is electrons, which has negative charge and has freedom and they are not tightly bonded together with each other so they could move from one position to the another in an atom.

You can even take electron from other atom and you can place it to another, it does not going to affect the atom or it is also not going to change their type of material but, it will definitely create some imbalance between that atom. Well, now the question is, how?

Now let us say,  I added plus one to your positive value and that will became positive 3 now we see what will happen

You’re remain with extra one, that means you are not zero or you are not neutral & that extra one my friends, will create the imbalance.

If you  understood the above explanation then you have understood how  imbalance is created in an atom.

Now concentrate on the following image,  you will find that there are 6 proton and 6 electrons and which are resulting in a balance atom. 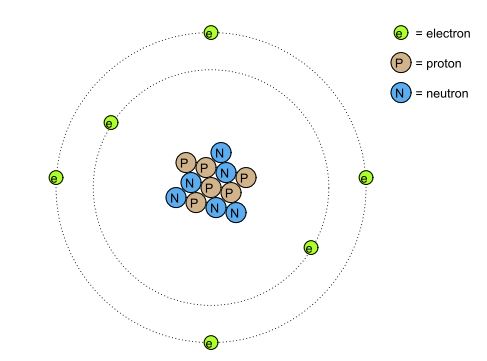 And this imbalance of electrons between the atom is called as Static electricity.

why static?  because the electrons remains in the static condition until we provide them a path.

If we connect  glass rod and Silk cloth with the wire the electrons will start flowing and it will keep flowing until all the atoms get stable again.

But we have not provided any path to it so, it will remain in static condition and that is why it is called as static electricity.

Now we have reached at two very important conclusion

To get the answer read the next article.

you can also watch the video on this Article,  just click the following link